The Ural Industrial Biennial of Contemporary Art is one of the major regional international projects in the field of contemporary art, organized and held by the National Center for Contemporary Art (NCCA) in Ekaterinburg and in the Ural region every two years since 2010.

Unique character of the Ural Industrial Biennial of Contemporary Art is created by the characteristics of the region itself and by its industrial heritage. The Biennial offers a new vector of development for the regional territory by using art as a vitally modern resource. New meanings arise at the intersection between contemporary culture and local agenda, drawing the region inside the broad humanitarian context. Biennial is not only a unique event in its concept and scale ‒ it is also collaboration with business community, industrial enterprises, major cultural institutional and large companies of the Ural region.

The 1st Ural Industrial Biennial of Contemporary Art created its own basic structure: the main and the special projects, as well as the parallel program. More than 60 000 people visited the Biennial. 6 industrial facilities were used, with a total display area of 40 000 square meters. The theme of the first Ural Biennial was underpinned by rethinking new creative and artistic production in conjunction with the historic memory rooted in the industrial locations of Ekaterinburg and the Sverdlovsk Region.

In addition to the main and the special projects, 2nd Ural Industrial Biennial of Contemporary Art produced a strategy for supporting the artists and their projects at the territory of art residences, which were located in industrial towns of Ural region, as well as an active interaction with traditional Ural cultural milieu and its academic capital. Projects created by the artists during art residences were presented at the final exhibition in Ekaterinburg ‒ they introduced the viewers to the unique cultural and historical meanings governing the life of Ural single-industry towns. More than ten industrial enterprises took part in the Biennial. Strategic partnership between the Biennial and the Ural Federal University named after the first President of Russia B.N.Yeltsin made possible a large scale intellectual platform, which began its work six months before the opening of the Biennial. In 2012, 102 organizations became the partners of the Biennial ‒ a fact which demonstrates high degree of interest in this project among professional and business communities. 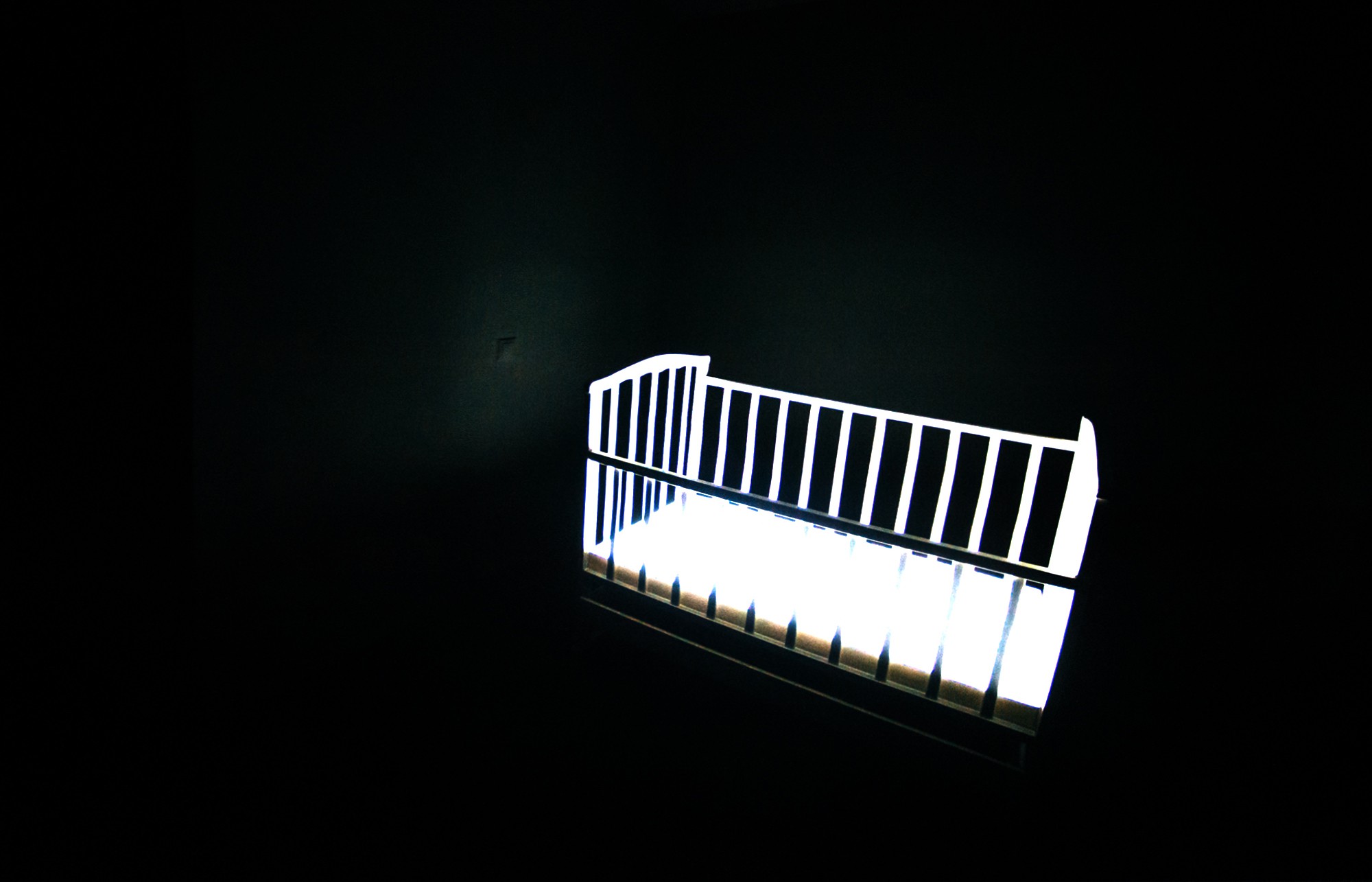 Industrial character of the Ural region became powerfully reflected in the sphere of culture. Many symbols of the industrialization era, which left its mark on the cities’ appearance ‒ manufacturing facilities, of large plants and manufacturing buildings ‒ become, for the duration of the Biennial, exhibition halls and scenes for theatrical plays and performances. Not for the first time, the Biennial’s organizers are actively using unique constructivism buildings as their main art spaces. Overall, this project is unparalleled and unique, which allows to say that the Industrial Biennial became an art brand of the Ural region. 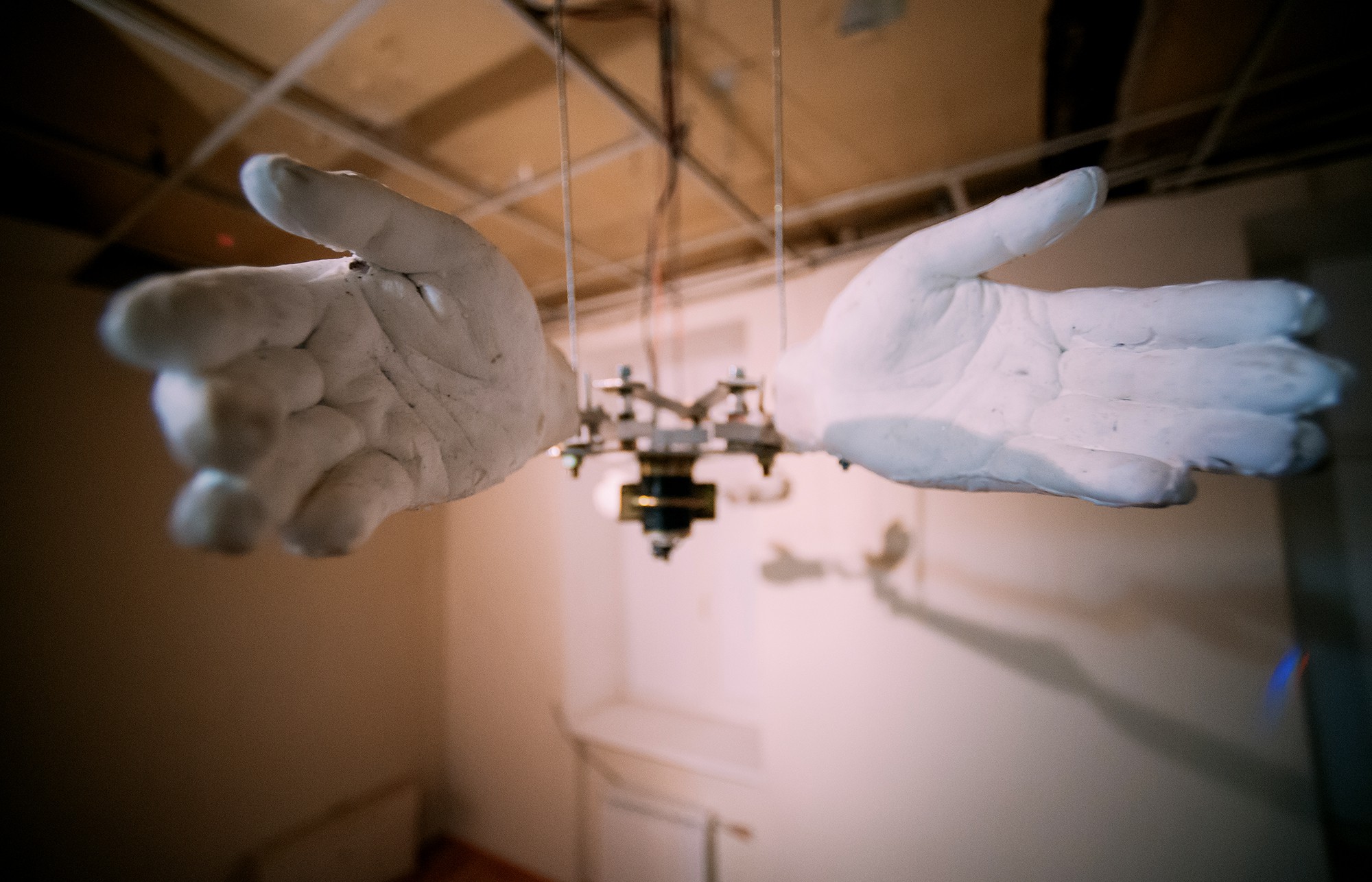 The Main Project of the 3rd Ural Industrial Biennial of Contemporary Art will be presented within the space of non-operating 10-storied Iset Hotel. The work with the constructivist spaces, which became a characteristic feature of the Ural Industrial Biennial since its beginning, is developed at the 3rd Biennial through the curatorial concept which follows the logic of the space of the Iset Hotel, which will house the Biennial’s most important programs. Iset Hotel forms a part of the NKVD residential compound, which became popularly known as Gorodok chekistov (”The Town of KGB officers”): it is one of the most impressive architectural landmarks of Ekaterinburg and an outstanding example of international constructivist architecture of 1920s-1930s.

Curator Li Zhenhua imagines his project titled “No Real Body” as an extreme way to find out if art is an original source of creative energy. The project of Biljana Ciric is titled “Spaces for Maneuver ‒ Between Abstraction and Accumulation”. It will become an exploration of the solidarity within the art system in which we exist today; to try and call the participants to self-mobilize in order to rethink the artist’s role within the social context.

Iset Hotel will also become a venue of the research project ‒ an experimental exhibition called “The Town of KGB Officers: From Utopia to Avant-Garde”. This research project into the history of the compound became a true laboratory, in which artists, volunteers, members of working team, objects, technologies and spaces interact with each other to discover new meanings. 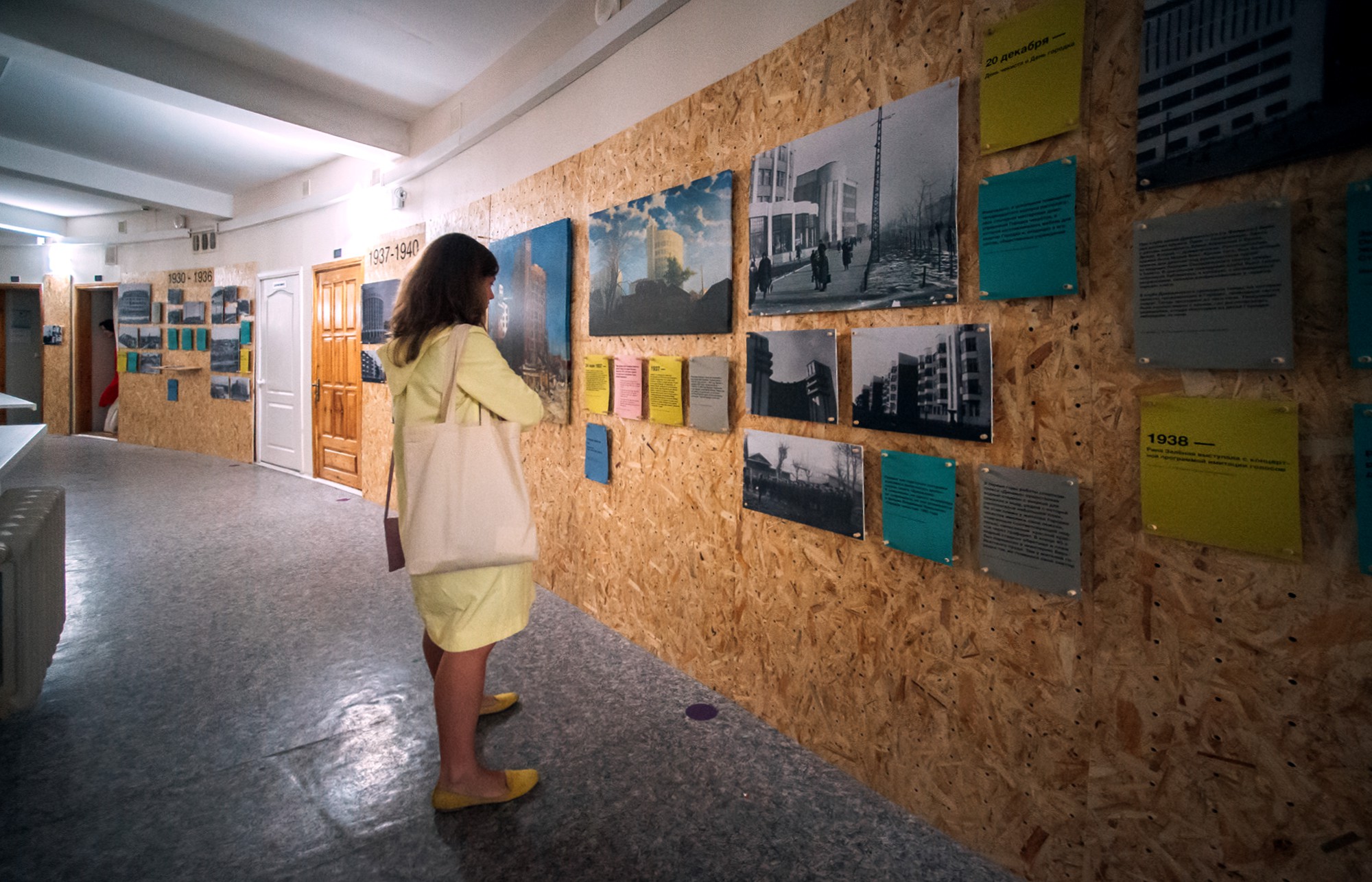 The program of special projects of the 3rd Ural Biennial will include three projects by influential curators. A large exhibition by Tretyakov Gallery focusing on the theme of labor in Soviet and post-Soviet space ‒ a curatorial project of Kirill Svetlyakov “Modern Art Museum: The Department of Labor and Employment” ‒ will be shown in the Ekaterinburg Museum of Fine Arts. “Factories. Direct Speech”, a total installation by Katya Bochavar displayed in the building of the Ural Branch of NCCA, will present the products made by Ural factories as the art objects within the museum space. Approaching this from the direction of contemporary art is a project created by an Italian artist Michele Giangrande within the operating facilities of “Uralkhimmash” plant: an installation made of gigantic structures which imitate various types of gears, accompanied by the light installation of MARSLAB Ditigal Art Laboratory. 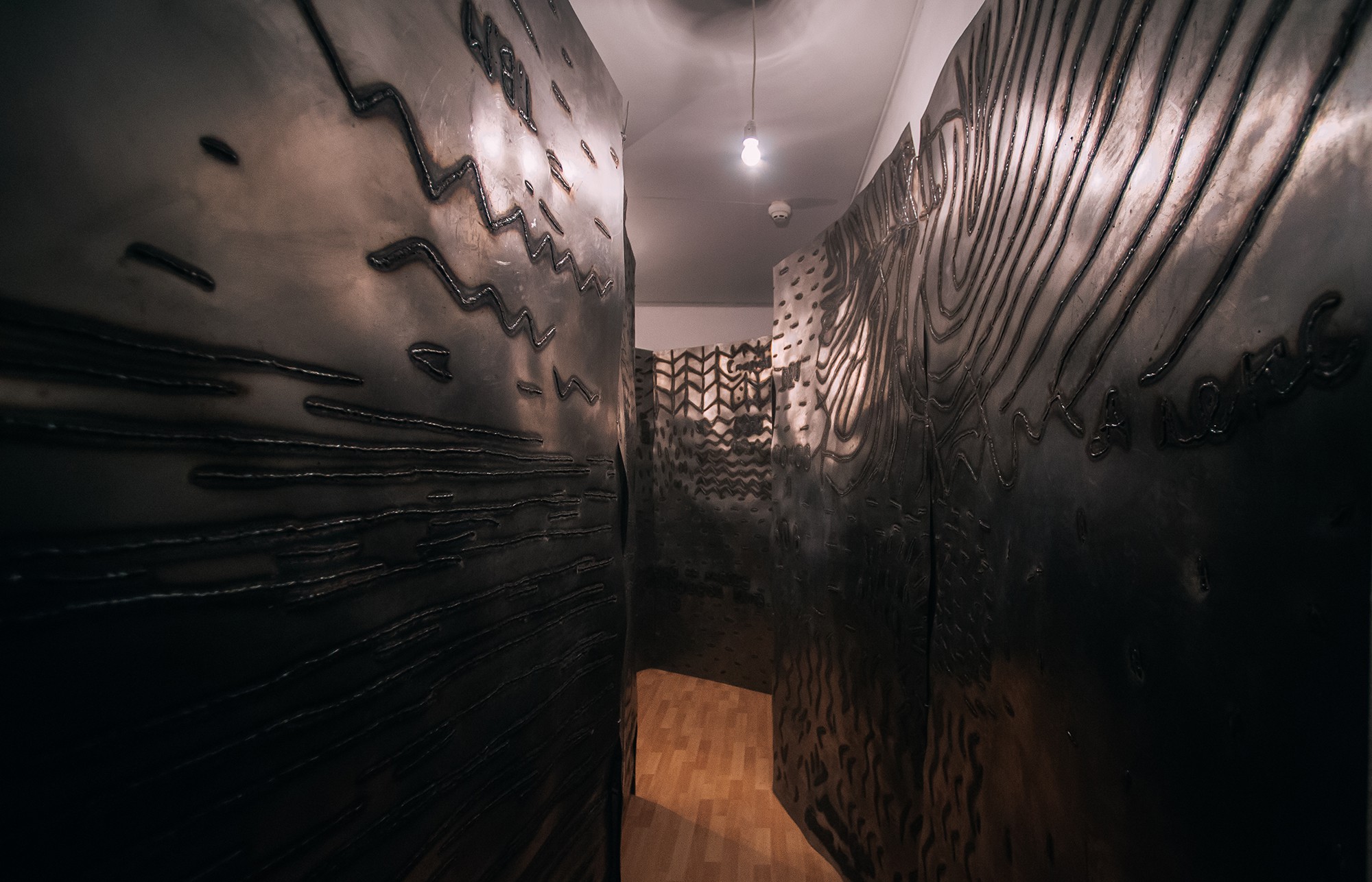 The main events of the Biennial’s Intellectual Platform in 2015 will be: “Mobilization of Reality” symposium (September 9-11) and the session of the International Biennial Association Committee titled “Changes and Mobilization: The Biennial of Contemporary Art as an Openness Resource of a Territory” (October 7-8). Participants of the Intellectual Platform events will include leading experts, managers of large international cultural projects, museums, representatives of big business and government bodies. The task of the Biennial’s symposium is to explore the impact of the new reality on the strategies of mobilization, as well as to explore the situations of industrial cities, such as Ekaterinburg. How can a city mobilize its people in this new post-industrial reality where labor and work(ers) are being replaced by machines, robots and artificial intelligence? What does “industry” mean in this context?

Performance Platform ‒ a new program of the Ural Industrial Biennial ‒ will take place on the premises of the constructivist building of the former Uralskiy Rabochiy Publishing House. It is a series of stage pieces specifically created for the Biennial to be performed within the marginal abandoned premises of the publishing house. Here the space itself of this constructivist building imposes the form and the content of each performance and becomes not only the locality, but an authentic stage set of the era of first five-year plans, where the performances take place.